How Singapore is Becoming the Next Silicon Valley of Asia

The term “Silicon Valley” came to be well known and widely used in the 1970s. It is coined from Silicon, a non-metal chemical element with semiconducting properties, and is the basic material used to make computer chips, silicon transistors, and other electronic components that are used in modern microprocessors.

“The Silicon Valley of Asia”

Enough with the San Francisco Silicon Valley. There is another Silicon Valley in the making and Singapore is where it is. The Republic of Singapore, or simply Singapore is a city-state in Southeast Asia. Singapore has gone through tremendous advancements since gaining self-governance in 1959. Singapore’s development has been so rapid that it is arguably the 20th century’s most successful development chronicle, and rightfully so.

Singapore was transformed into a major manufacturing and financial center after its proclamation in 1965 despite having limited land and as many natural resources.

Singapore has long been established as a global financial center and is now set to become the “Silicon Valley of Asia”.

China’s tech giants Tencent, ByteDance, and Alibaba have plans to invest and set up regional headquarters in the city-state. By doing so, they will be adding their names to a long list of other tech giants like Amazon, Google and Facebook, which have long established their presence in Singapore as their regional research and development hub.

The global sales tech firm Salesforce has made investments into Singapore to set up its Artificial Intelligence (AI) centre. Likewise, Stripe, another up and coming fintech company that specialises in digital payments have extended their engineering footprint into Singapore to better service its Southeast Asia’s 500 million prospective clients.

The company behind the popular video-conferencing platform Zoom that took the world by storm during this pandemic – Zoom Video Communications – has also chosen Singapore to expand its R&D centre to support its engineering team back in California. With Singapore’s promising R&D capabilities and outstanding engineering talent, it is no surprise that other tech firms have also begun to tap into Singapore’s competencies. In the upcoming year, Facebook has also planned to open its first Asian data centre in Singapore with an investment of over S$1.4 billion.

Beyond mere expansion of current operations, tech firms have also set their eyes on Singapore to establish next-generation innovation. The American tech giant Dell Technologies has leveraged the 5G mobile networks in Singapore to start a S$66 million R&D centre to drive innovation in the emerging technology- edge computing.

Moreover, tech firms have ventured into Singapore’s manufacturing sphere in the biomedical and chemical industries. The American chemical giant DuPont has opened a new enzyme-blending plant in Singapore, bolstering the city-state to become Asia’s chemicals hub. Also, the US-listed BioNTech firm has decided to open up a manufacturing facility in Singapore to boost Covid-19 vaccine production.

With the unprecedented growth and popularity among such well-established tech firms in Singapore, it is no secret why Singapore is dubbed to be the Silicon Valley of Asia.

So how does Singapore do it?

A lot of factors have come into play over the last few decades that have shaped how people eye Singapore especially considering that there is already China, South Korea, and Japan to compete within Asia.

One of these factors is having a free market, of course, with the government in the thick of it. Government policies that have been in play for over ten years now have ensured that there is ease of doing business by charging low taxes, having few capital restrictions, and liberal immigration policies.

The Singaporean government also has another trick up its sleeve. It is very friendly with foreign investors. This is a very simple trait that most other governments have not been able to master.  Being friendly to other economies has seen Singapore make many friends. Basically, the success of Singapore as an economic hub lies in the honesty and efficiency of its government.

The government has continued to create new initiatives that are attractive to tech firms in Singapore. It has recently launched the Singapore Blockchain Innovation Programme (SBIP), with the aim of helping companies commercialize blockchain technology.
Singapore is committed to a strong IP regulatory framework. This has given companies confidence that their R&D investments are well protected.

Singapore has been open to trade with other countries, especially the United States, to the extent of allowing the U.S. to use its military facilities. Singapore also has great trade ties with  China.

Several government agencies like the Economic Development Board (EDB) have also been established to support new businesses.

Ease of Doing Business in Singapore

Singapore is ranked second in the world behind New Zealand in the World Bank’s “Doing Business” 2020 rankings. According to the report, Singapore is also ranked sixth out of 190 countries for ease of starting a business.

Modern infrastructure is also an important factor in enabling the growth of technology innovation centers, Singapore has advanced IT infrastructure, and intellectual property laws that offer quite the conditions needed for tech development.

The United States-China trade war might also have played a key role in helping Singapore attract big Chinese companies such as Tencent and ByteDance. The trade war escalated especially in 2018 and 2019 and that forced players in the tech industry to find another big market with potential for growth. Where else do you find a big tech market if not in Asia? Singapore on its own does not have the numbers to make up a good consumer market. It is a relatively small country with a population of approximately 6 million people.

Singapore, despite its small size, is being used as a gateway to access parts of Asia.  It is not going to get ahead of China, at least not any time soon, but will definitely give access to fast-growing markets like the Philippines and Indonesia who boast a combined population of over 370 million people. They have youthful populations, rapidly growing middle classes, and are therefore turning quite some heads in as far as tech start-ups in Singapore go.

Language is a key element in communication. Singapore is primarily an English-speaking country. This has had a great influence on how easy it is for foreign companies mostly from English-speaking nations to establish their business in the country. There are also quite a number of international schools to ensure learners continue with their education even when they relocate to Singapore. They call it the cherry on top.

There is also a vibrant local tech ecosystem in Singapore. Foreign tech firms are looking for ways to enter the local market in Singapore and connect with the local ecosystem. With a rich networking culture based around events and connections, digital and tech start-ups in Singapore were in a good place since partnering with locals made setting up the supply chain and subcontracting much easier.

All these changes and advancements have greatly impacted the general ecosystem. It is much more vibrant now. It has more depth of talent all across and a variety in the pool of players across the different sectors.

Related Read: Why Singapore is a Magnet for Fintech Companies? »

Tech talent is in high demand in Singapore. With some of the big tech giants like Google and Facebook having moved in early and hired the creme de la creme of the tech talent Singapore has to offer, smaller start-ups in Singapore are finding it difficult to get talented employees.
The Government is therefore encouraging learners to study tech courses in order to fill the gap; it has also launched several tech-focused graduate programs to produce local tech talent. Meanwhile, many companies have satellite engineering teams in Vietnam and India, especially for front-end engineers since moving entire teams to work in Singapore would be rather expensive.
The government is also trying to attract tech talent from other countries with Singapore Visa Programmes that allow established tech entrepreneurs, leaders, or technical experts from around the world to enter Singapore and contribute to the various tech innovations.
As more companies establish in Singapore, more people seeking to work in Singapore are more confident to relocate there. The idea is there are a variety of jobs to choose from and definitely similar jobs are available. What this means to a person who intends to move to Singapore is that there is job security and in case they are not happy at one company, they can easily switch to another job.

The many tech firms that have set camp in Singapore are an indication that the country is just getting started in its journey to becoming the Silicon Valley of Asia.

The few challenges faced along the way, like that of shortages in the qualified labor force to work in the tech firms in Singapore, will not last long.

The government is clearly putting in all its effort to ensure that the young people going through school have what it takes to be qualified enough to take up the responsibilities that await them.

On the other hand, the companies already in operation, such as ByteDance, have come up with training programs that are aimed at improving the skills of the local workforce.

There is also the challenge of the already existing but dormant tech firms in Singapore that hold some good tech talents who would be more productive elsewhere. This adds to the workforce shortage problem.

While foreign tech firms are making their way to Singapore, we do have our own tech firms carrying the Singapore name beyond the borders into the global markets. Although few, Singapore still takes pride in having its homegrown tech firms like Grab, Razer, and SEA Group that owns the e-commerce platform Shopee. Undoubtedly, Singapore’s robust tech ecosystem has indeed groomed such tech firms to establish in the domestic market and then propel them to grow presence in foreign markets.

Related Article: How to Register eCommerce Business in Singapore 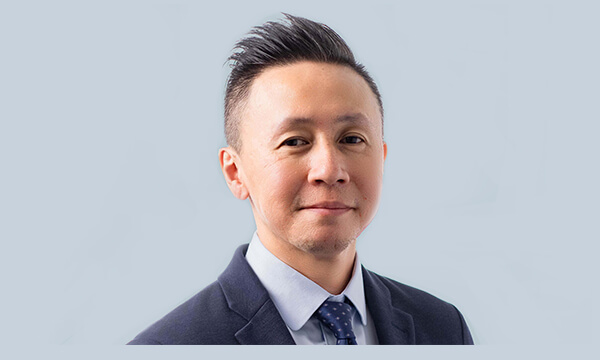 Speak to Us Today

Set up your tech company in Singapore with us today!