Why Companies Do Mergers & Acquisition

According to a Thomson Reuters report, the first half of 2018 witnessed a steep surge in Mergers & Acquisition (M&A) activities and the total value reached US$33.8 billion, registering slightly more than 19% spike against the first half of the previous year. Not just the total value, but the average deal size also increased. Another study published by Intralinks and Cass Business School, revealed that Singapore ranked third among countries with the most failed M&A deals. Looking beyond such statistics and if we evaluate the closed deals, the results are not much encouraging. Some major international acquirers, such as General Electric, Cisco and Sony that were acclaimed as dealmakers are now bearing the deadweight of some of their not so successful or poor acquisition. Yet the M&A route continues to be a preferred strategy among companies that wish to grow. So, what fuels the M&A activities despite the abysmal failure rates?

The key motivation for M&A is the need to grow the business. When organic growth initiatives produce limited results, or appear to be slow in yielding the desired growth rate, companies choose the M&A route. This is especially so for public listed companies that face tremendous pressure from their investors and shareholders to perpetually demonstrate high growth rates.

M&A is an easier route to expand in foreign markets where the entry barriers are tall walls to scale for companies that are looking for quicker market access. Barriers could be in the form of licenses, government policies, patents, technological knowhow, or even access to distribution network or suppliers. It is easier to establish a presence through acquisition than to start from the scratch. The pharmaceutical industry is one such industry where M&A is the primary means of gaining access to innovation and to structure and manage R&D and manufacturing profitably.

M&A paves way for companies to achieve synergies; through M&A, businesses achieve efficiency, cost effectiveness and gain competitiveness through complementing strengths. In some cases, M&A can take place among two unrelated businesses leading to the acquirer to diversify its businesses or a company may acquire a related business to increase its strategic focus. Companies at times, acquire their suppliers, this helps them to enhance supply chain efficiency and achieve cost and quality control. The acquirer can thus sharpen its competitiveness and achieve business growth. Some businesses buyout competition in the market to consolidate their position or to eliminate the competition to establish their monopoly.

Despite the diverse reasons for M&A, the outcome of the M&A varies depending on the industry, life cycle of the company, firm-specific problems, timing of the deal and strategic intention, regulatory changes and organisation culture. Regardless of the outcomes, M&A continue to happen due to integral nature of businesses to pursue opportunities of growth. While successful M&A boost the image, business and confidence of the acquirer to seek more M&A opportunities, failures would also drive the management to pursue potential targets to right the wrongs of the failed deals. When the opportunities for organic growth is limited, a management that is under pressure to demonstrate growth and value has little choice but to seek M&A opportunities.

A failed acquisition brings the management under the critics’ scanner; at times, initiating another M&A deal and negotiation will deviate the attention from the failure and draw some media mileage for the company. Some CEOs remain unfazed by the failed acquisitions in the market and they even overrate their competency and pursue potential target. Building a large company through M&A, would fortify the image and foster respect and relative autonomy for the CEO, even if the acquisition failed to generate the intended business results. The larger the firm size, higher is its opacity and complexity, hence regulatory scrutiny will be moderate.

Another CEO-centric dimension for the relentless pursuit of M&A, is the personal interest of the CEO. The CEO of a larger company will enjoy greater prestige, recognition and privileges. While successful acquisition invariably gets them a pay raise and a greater clout in the sector, they efficiently deflect criticism of failed acquisition to external factors and quickly initiate acquisitions or mergers sighting urgency to restore the confidence and image among the stakeholders.

Nonetheless, an acquiring company must evaluate the strategic fit of the target company in terms of business model, organisational culture, regulatory risks and prognosis in the event of failure and proceed only if the returns justify the risk. Aborting an unproductive deal or disposing an unprofitable acquisition could even drive the growth of the company by demonstrating the management’s sound decision making abilities and boost the investors’ confidence. 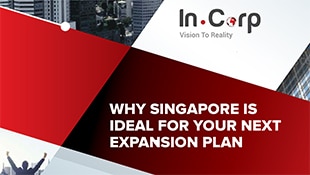