Why Singapore Is the Obvious Shelter for Hong Kong Firms 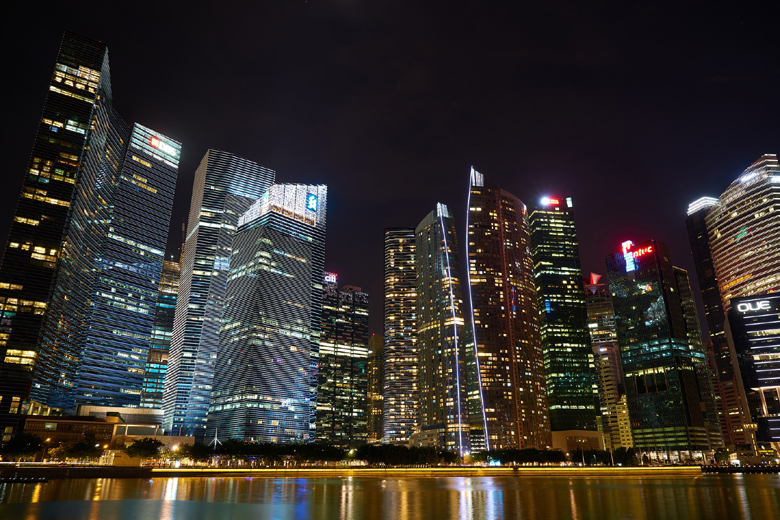 In recent weeks, speculation has turned into dire reality, and Hong Kong is being pushed further and further away from favourability within the Western business community. While there are other contenders for regional alternatives to Hong Kong, it is Singapore that stands as the obvious choice for companies looking to shelter from the ever-growing disarray in Hong Kong.

In this article, the following will be discussed:

The law also applies to Western businesses in Hong Kong, which has plainly given Western corporations concern for their economic and political safety. Tech firms would have to delete data deemed to fall under the aforementioned subversion, succession, and sedition speech. Fines and jail sentences await those who do not comply.

In response, the United States made good on their threat to remove Hong Kong’s special status, which means in terms of trade, “Hong Kong will now be treated the same as mainland China,” as President Trump stated from the White House’s Rose Garden. This will no doubt lead to substantial tariffs on Hong Kong exports to the United States.

More than 50 members of the American Chamber of Commerce (AmCham) in Hong Kong have expressed their consideration for finding a new home for Asian business operations. The internet’s latest media darling, TikTok, has also declared their intention to leave Hong Kong as to not be tarnished by the growing dissatisfaction with Mainland China’s influence.

The list of legitimate alternatives is short, ranging from Tokyo to Taipei, however there is really only one serious haven for corporations looking for shelter from Hong Kong’s concerns, and that is Singapore.

Don’t worry about taking the next best step for your business. We are here to help you navigate and make the right decisions. Learn how we can help.

Why Singapore is the Next Best Location for Hong Kong Companies

To say that Singapore is the only serious alternative to Hong Kong may seem presumptuous, however the facts are there for all to see, and Western businesses in Hong Kong can see them brightly and clearly.

Singapore is regarded as the world’s freest economy, and enjoys some of the simplest and lowest tax systems in the world. Deloitte ranked Singapore as the second best international wealth centre in 2018, and the World Economic Forum gave Singapore the top ranking for competitiveness.

Singapore’s infrastructure is world class, and there is already a very large community of English speaking expats established — perfect for those looking for a similar lifestyle to Hong Kong.

The fact that English is an official language in Singapore should not be overlooked, as the language is far less common in other Asian centres like Bangkok, Tokyo, and Taipei.

While other locations like Sydney may be on the cards for some Hong Kong Firms, China remains the key, necessary component for doing trade in Asia, so Singapore trumps those options that are further abroad.

Related Read: Your Guide to Easily Moving Your Hong Kong Company to Singapore »

Agreeably for tech firms, Singapore has also built itself an excellent reputation for growing micro technology and biotech firms looking to establish themselves in a booming market. Merck, GlaxoSmithKline, and Roche Diagnostics all have headquarters in Singapore.

While its growing influence is far from desirable to Western communities, China remains a crucial, and giant cog in the global economy. While Hong Kong falls under more and more Mainland control, it should be Singapore that stands as a safe haven for those looking to find security in uncertain times.

Where to Next for Businesses Looking to Leave Hong Kong

Each company will have its own set of standards and metrics to decide the urgency in which they will want to leave Hong Kong, and to find an appropriate alternative Asian hub.

With such a large and fundamental shift in operations, any organisation looking to leave Hong Kong will need a strong and established advisor to help forge the optimal path for transition to another centre.

Even if an organisation does not have any concrete plans to mitigate the current risks of operating Hong Kong, we welcome you to contact the team at InCorp about the options for shifting to the safety and of Singapore.

InCorp has been helping organisations incorporate and flourish in Singapore for a long time — we have our own large team of lawyers, bankers, and HR specialists, so we’re sure to be able to save you time, money, and headaches.

If you’d like a personal consultation, please do contact us, it’s both our job and pleasure to help.

We have helped many companies move to Singapore seamlessly. Your company can be next.

Talk to us Today

Eric comes from banking background. He provides consultancy to local and foreign entities on the ideal market-entry strategies for setting up or expanding operations in Southeast Asia.
Eric also provides advisory to fund managers and family offices on structuring as well as applicable tax incentives. He has also set up many VCC structures for licenced fund managers.