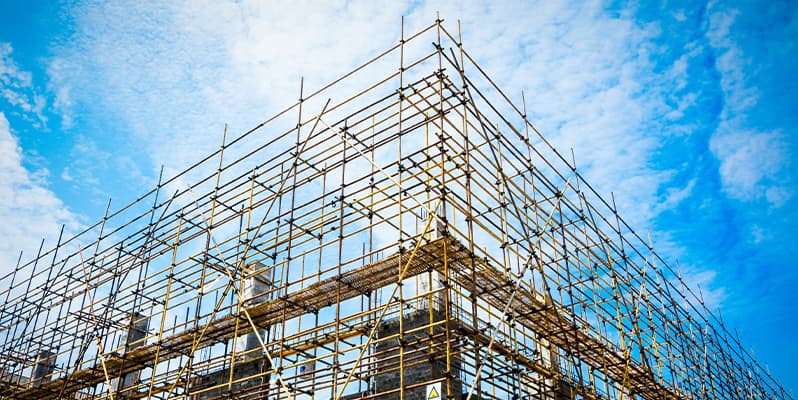 What role does infrastructure play in the countries of Southeast Asia?

Southeast Asia is a land of versatility and rich culture with ever-growing cities.

Unfortunately, some of its less-developed regions face significant challenges in providing their people with efficient, timely, and economically sound infrastructure.

A lack of clean drinking water, roads that are in dire need of repair, and repetitive power outages are some realities that many developing Southeast Asian countries experience daily.

There are some factors and trends that determine how well or poorly these cities are doing in terms of their infrastructure.

With a bustling economic network, more people seek refuge in cities and move towards urban settlements for better opportunities.

While urbanisation helps create social mobility and economic stability, the fast-paced growth and the rate at which urbanisation moves is above the current capacity.

What Are the Problems of Southeast Asia Infrastructure?

Apart from the massive amounts of capital required, the infrastructure in developing Southeast Asian countries suffers more because of poverty and ever-prevalent climate change. While the infrastructure has improved, it still remains inadequate.

The International Monetary Fund (IMF) also realised that countries waste around a third of their infrastructure spending because of inefficiencies.

Supportive policies and consistent investment can help infrastructure grow exponentially in a climate-friendly fashion that shifts focus to renewable energy and less carbon-intensive mode of transport, to name a few.

How Much Funds Are Needed?

The Asian Development Bank (ADB) assesses that the locale should spend around $60 billion per year upgrading its infrastructure.

Many Southeast Asian countries plan to implement this, like Indonesia, which has already intended to spend over $400 billion on infrastructure projects alone in the next 5 years.

However, these plans to improve the infrastructure in Southeast Asian cities have faced tremendous technical, capacity, and institutional limitations.

Investments have suffered greatly at the hands of indeterminate policy frameworks, absence of task prioritisation, and restrictions in government organisations.

Countries that are rather monetarily constrained, like Indonesia and Cambodia, Myanmar, Laos, and Vietnam (CMLV) nations, are considering legal and policy measures to divert more funds towards working on infrastructure projects.

Most nations in the district are anxious to depend on public-private organisations (PPP) to kick start a chain of improved infrastructure.

However, progress has been mixed, and, in some countries, these programs run a high risk of falling short of expected results.

To achieve better outcomes, 3 important areas should be explored by project and city leaders:

Greater devolution of power to cities is marked by the growth in urban populations in smaller and larger cities in the Southeast Asian region.

The economic surplus generated by the cities for their reinvestment and improvement to overall productive capacity catalyses infrastructure development.

Local governments can facilitate urban economic growth by investing more monetarily (or in terms of capital) and planning ahead of time for growth.

However, their primary role in improving economic development will always be to provide the basic infrastructure and public services.

This way, they help create an attractive environment for citizens and businesses and act as a preliminary model to make new improvements.

What Are Some Key Infrastructure Initiatives in Southeast Asia?

Countries in the SEA region have undertaken significant projects and initiatives to fill urgent needs across different industries.

Some of these include:

Strong Infrastructure Can Help to Stimulate Economic Growth and Development

The foundation of sustainable development will always rely upon its urban infrastructure, environmental sustainability, and social equity.

In today’s global village, technology must play a vital role and enable the improvement of the infrastructure in Southeast Asian cities to improve the urban governance, regulatory environment, and the reforms of the many governmental tiers.

The goal should always be to reach a perfect harmony and balance between the private sector gaining maximum profit and the public sector allowing for further socioeconomic welfare that doesn’t put a dent in the country’s reserves.